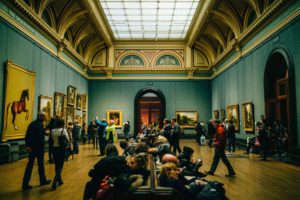 Round table of accesibility in military museums

In terms of accessibility, Spanish military museums are undergoing a great transformation, due to their schedules, their activities, their buildings, their pieces, their messages and, ultimately, their story. These military museums are determined to gain real visibility, to offer comprehensive physical and sensorial accessibility and to transform museums for soldiers into museums for soldiers and citizens. And, all this, without having to lose for it an iota of its idiosyncrasy.

Tradition and Innovation in the Ecclesiastical Museums

The peculiarities of religious art museums, cathedrals, monasteries, and churches make it necessary to rethink the way in which the idea of ​​an art center in the 21st century is applied to them. From their specificity as containers of the specific patrimony of the Church to the challenges of their specific audiences or the compatibility of spaces with religious and liturgical uses, ecclesiastical museums must look to the future and reflect on their perspectives of evolution in a society each more mediated time. The difficulty of global studies on the functioning of religious art museums is compensated with interesting pioneering proposals that mark the path to follow in the coming years for many institutions that lack references in the national and international scene. 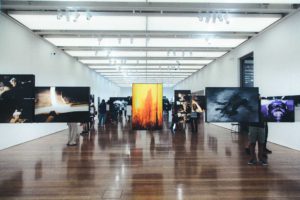 Round Tables: Technologies in museums

This round table presents three different experiences of companies that collaborate with museums, using new technologies that enrich the user experience. Applications for mobile devices with gamifications, super-high resolution images and interactive narratives are some of the innovations that help to disseminate, interpret and value museum collections, and connect them more closely with their visitors.

This round table aims to deepen the multi-sensorial aspects that can enrich the experience perceived by the public in museums. For this, three concrete cases are presented: the results of the European project ARCHES to improve the accessibility in the visits to museums, a multi-sensorial artistic itinerary design and the life experience of a person with visual disability and the possibilities offered thanks to new technologies. In this way, the aim is to place the real needs of users with disabilities at the center of the design process of the exhibitions or guided visits. 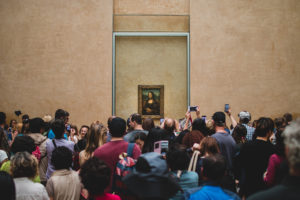 "Permanent Laboratory of Public of Museums". 10 years researching the public to apply it to management

The public research project applied to the management of museums has been in existence for more than a decade. A period in which they have developed a series of important research on various aspects of the public and museums in addition to conducting a training program for each of its members. http://www.culturaydeporte.gob.es/cultura/areas/museos/mc/laboratorio-museos/inicio.html

Project that was born in 2015 promoted by the Ministry of Education, Culture and Sports with the aim of getting museum institutions to adapt to the social realities of the current context, in order to be accessible and respond to the needs of all citizens, especially, those groups that have the greatest difficulties for the visit or that are at risk of social exclusion http://www.culturaydeporte.gob.es/museosmassociales/presentacion.html

Public in transformation. New forms of the viewer's experience and their interactions with museum management

Presentation of the PUBLICUM project

There is a consensus that the public of museums should always be understood in plural. However, the challenge of diversity is not the only one that must be addressed by researchers and museum professionals. Audiences are the dynamic reflection of social changes and, without a critical interpretation of these transformations, which comprehensively affect their expectations, the ways in which they build their experiences and participate with institutions, there is a danger of meeting new needs with strategies past. Therefore, these changes require interdisciplinary interpretation, as they do not unilaterally influence a single aspect of the public’s relationship with museums. This table will present the PUBLICUM project, led by the University of Deusto, which brings together researchers and specialists in the Philosophy of Art. Social Psychology, Cultural Management and Inclusion Policies, as the backbone of a deeper understanding of contemporary audiences, in their transformations 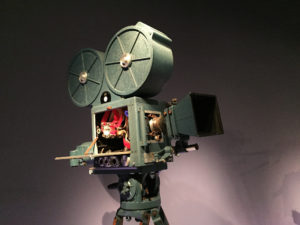 The museum for everyone in its audiovisual and sensory experience

Screening of the documentary film "National Gallery" and round table

Synopsis:Presented at the Directors’ Fortnight at the Cannes Film Festival, National Gallery was an ambitious project by documentary filmmaker Frederick Wiseman where, over three hours, he introduced the audience to the intricacies of the famous London art gallery. The aim of his documentary is not to show the collection that houses the museum but to understand the operation of such a colossal organism and the relationship with the public of all kinds and scholars. In the words of Surtsey Films, its distributor in Spain, “it is a perpetual and vertiginous game of mirrors, the cinema looks the painting, and painting, at the cinema”.

About Frederick Wiseman: of Jewish descent and born in Boston in 1930, Wiseman studied arts and law, a subject he taught until he was 60 when he started producing documentaries and after founding Zipporah Films he would start directing becoming one of the directors of most important fiction in the world. For his work, exhibited in the most important festivals in the world, he has received the Golden Lion and the honorary Oscar.

His career includes some thirty works that have allowed him to enter all kinds of institutions such as institutes, hospitals, libraries, museums … where he records hours and hours of material in an almost improvised form and then build a speech from the assembly. According to Wiseman “Documentaries, like plays, novels and poems are forms of fiction.” On the other hand, he considers that through montage he can manipulate the spectator at will because it allows him to transmit his truth, so his works are totally subjective. In addition to this, he has also mounted several plays in cities such as Paris and New York.

Due to the long duration of National Gallery, a series of clips have been selected that allow us to understand the functions of this English institution and how it is an open space for inclusion and for all types of audiences; It can also be assessed how Wiseman manages the camera inside the museum to show all its intricacies and the dialogue that is created between the cinema and the visual arts, being able to turn the art gallery into a projection room and vice versa.

We want to thank Surtsey Films for this activity, Spanish distributors of the film who have transferred the exhibition rights for free. 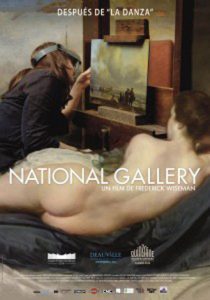 Documentary offered by the distributor: 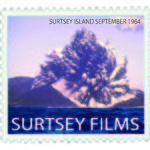 Presentation of publications
"Art opens windows, Re-build us through art"

Presentation of the educational / therapeutic book “Art opens windows, Re-build us through art”, by Editorial Eneida

Art opens windows. Re-constructing us through art is a therapeutic educational notebook born for growth and education, as a result of the reflection generated after an art therapy workshop carried out by the EARTDI group for several months with people deprived of their liberty. This guide was born with the intention that educators, facilitators and people who work in penitentiary institutions can find in the artistic works axes of historical reflection, but above all vital, in a moment in which some people who have been and they feel separated from society, they rethink the way of inserting themselves into it again.

The guide is structured from artistic images, all of them from the Museo del Prado collection. Many of them are based on mythology, but all can raise debates about how masculinity and femininity are constructed, how binary gender mandates can beset the mind and the identity construction of women and men and generate emotional tension, lack of control and provoke or suffer violence. The guide raises reflection, issues for critical comment and personal work proposals.

Audiodescription and tactile exploration workshop in the museum

The workshop offers an introduction to audio description in the museum context and, in particular, in art museums. It will begin with a review of current practices and research in this field. After this introduction, participants will perform a series of practical activities aimed at developing their skills of both audio description and verbal guidance for the exploration of tactile resources. For this, materials compiled by the course instructors will be provided in their research in this field, as well as materials used in visits to art museums and monuments guided by the instructors through the Kaleidoscope association, of which they are founding members.